Silent power for the film industry

Silent power for the film industry

Professional filming day can be challenging. The time schedules are tight, weather conditions can ruin the day, and successful filming is dependent on multiple people… We wanted to see could instagrid portable power system ease the process and remove one factor from the day – worry about the access and reliability of energy.

We tested instagrid power system with Angel Films, a Finnish film equipment rental company. We wanted to see could instagrid system power industry-standard film devices, and would they run for the needed time. So, what did we power? Lights, crane, monitor, camera, and chargers – everything you could think of using during your filming day.

Previously, Angel Films has either used diesel and gasoline generators as the power source, or in case electricity has been available at the location, pulling cables from the electricity station to the working field. When replacing these previous electricity solutions with the instagrid system, convenience and flexibility were increased. The system’s silence brought convenience to the working day, and portability gave flexibility and saved time.  We, and Angel Films, were very happy on instagrid system performance in the filming set.

Lights are a big part of each filming set. With instagrid, we powered Arri Skypanel S60 LED soft light (420W) and Arri Orbiter LED fixture (420W). A single SkyPanel / Orbiter can run up to 5 hours with one charge of instagrid. On a typical filming day (12h), these lights could be powered with instagrid for 5 hours, changed to full instagrid, and start charging the emptied system. Then it’s possible to have a charging cycle and even longer shooting days if needed. It takes only under 3 hours to fully charge the instagrid system, so after charging it could still power the light for the rest of the day. 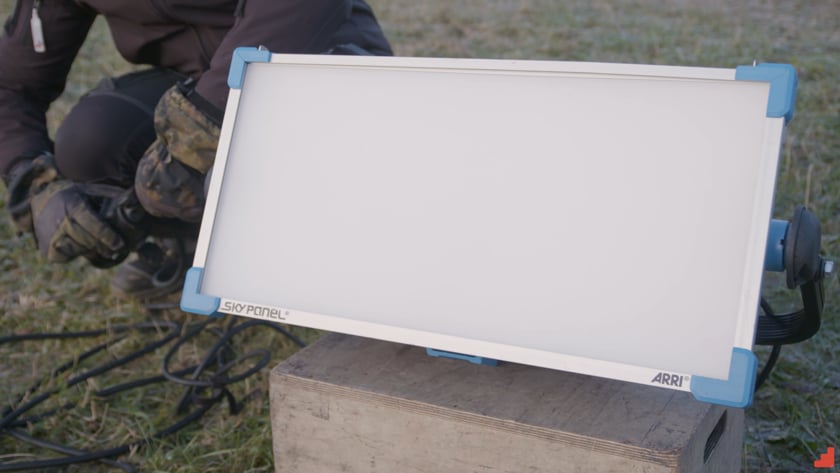 Many filming equipment have their own batteries, which is why we thought it was important to test powering the battery charging station with instagrid. We powered the Blueshape CVTR2 charger (250W) and were able to fully charge 8 Blueshape BV190HD batteries (190Wh) with it. 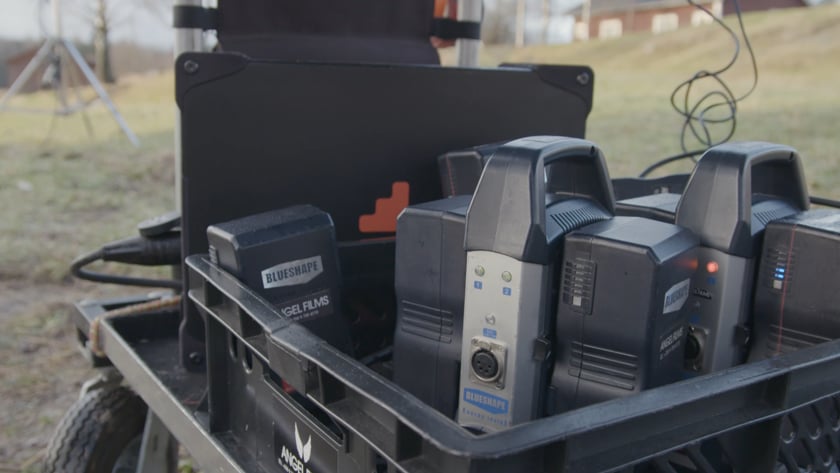 When it comes to filming, cameras are often attached to telescopic camera cranes to ensure the best outcome and wide camera movement; we tested powering a Technocrane 22.  This specific crane can run approximately 2-4 hours with peak power of 1800W and 25-30% usage per shooting day with instagrid battery. Using instagrid also allowed more convenient use of the crane. In case the crane is powered with diesel or gasoline generator or by cabeling, the round track is limited by the cables. When testing this setting with instagrid, we were able to place the system on top of the crane, which removed all the cables around the crane and allowed a wider round track. 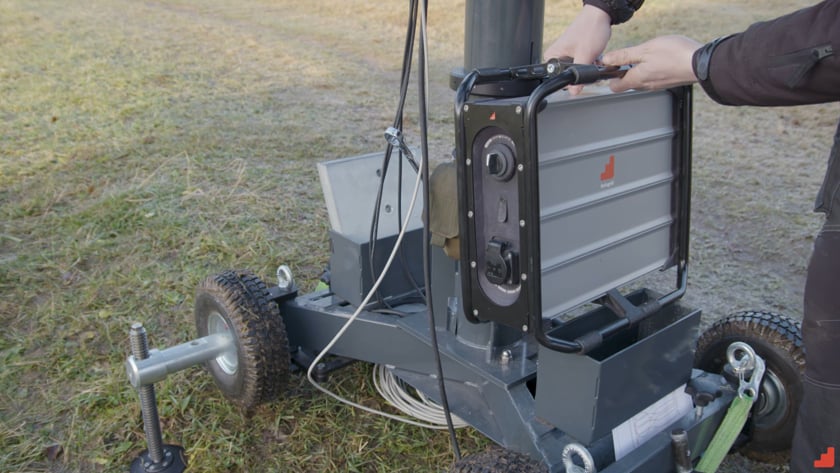 Benefits for the film industry

1. Silence when you need it

In a filming set, the need for silence can be crucial. With instagrid power system, you don’t need to worry how close to the filming set you place the system, as it is completely silent.

Using specific devices can be limited by long cables, e.g. the round track of cranes or moving car. instagrid can be placed right next to, or on top of, devices thanks to its small size. This removes all movement limitations devices could have.

Even though a film set would have electricity, usually long cables need to be pulled from the electricity station to the filming spot. instagrid system can be carried right next to the used devices, saving time by removing the cabling process.